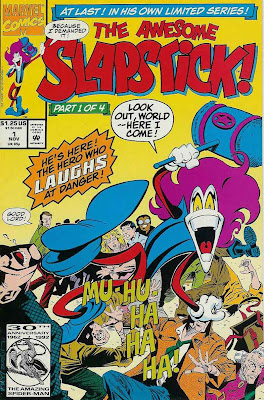 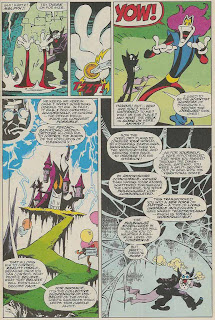 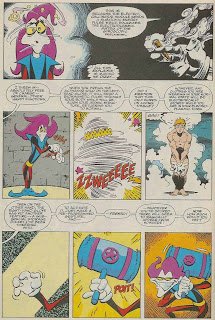 I suppose Marvel was looking for a way to cash in on the current animation boom of the early '90s. A class clown named Steve Harmon was trying to stop Evil Clowns from Dimension X disguised as a clown himself. Trying to follow the clowns through their portal resulted in Steve getting transformed into the living cartoon superhero Slapstick. 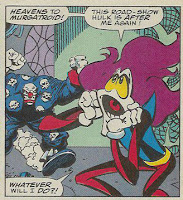 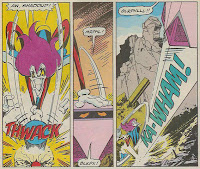 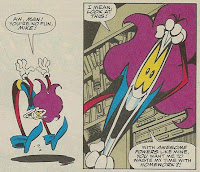 The creators have clearly been inspired by the classic Looney Tunes cartoons because of the many recognizable gags used in those cartoons before. Although Slapstick is never called a cartoon character, he is often referred to as a "bizarre-creature". Not too sure if that is because DC Comics is owned by Time Warner who also owns the rights to Looney Tunes? 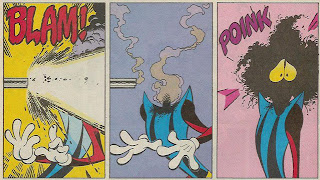 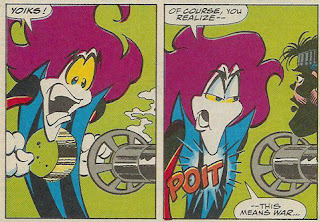 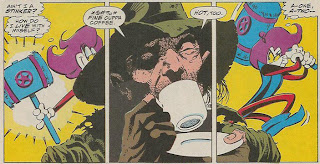 Slapstick had his own short limited series run for only 4 issues, but the character returned as part of the young superhero team, The New Warriors. 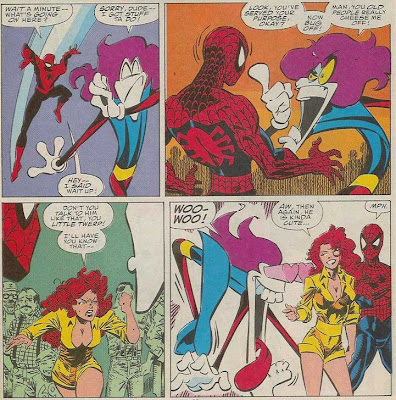 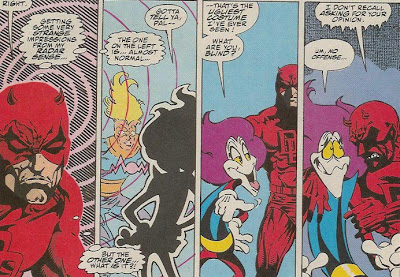 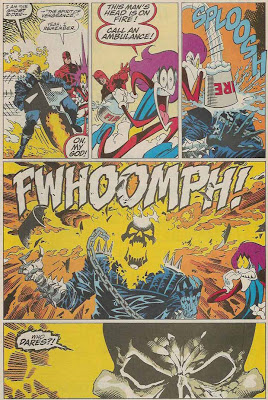 I recently realized that this "cartoony" character pre-dates Jim Carrey's The Mask and Warner Bros Animation's Freakazoid! I assumed that Slapstick was based on either one of these characters, but I guess I was wrong. Perhaps Mike Allred's Madman and/or Disney's Darkwing Duck spawned the idea of the character. 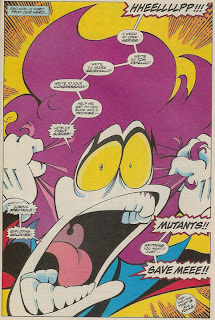 When Slapstick's chest heals it says POIT just like Pinky would say. I wonder if that's where it cme from.

I totally have all the comics! When I was young I had a fixation on Slapstick because I had the actually trading card with him. He was such an odd character that it appealed to me a lot like Howard the Duck.

He has the superpower of being a cartoon. So he gets a lot of lines from looney toons and other sources. He is my favorite super hero.

they've GOT to bring this character back! Nuff said...

You can read the classic Porky´s line at the end of Looney Tunes shorts in the last panel, down to the right.

James E. Daniels
Born & raised in Winnipeg, MB, Canada. Started doodling cartoons at the ripe ol' age of 2 on any available surfaces. My mother was thrilled.